On Wednesday, a group of seven of us set off from Sucre for Villa Abecia. We have been in the process of setting up a library there for over a year but the official inauguration was Thursday. Our group consisted of a family of three from Canada who will be volunteering there for about six months, Maritza (the director of BiblioWorks) and two American volunteers, Kristen and Deirdre.

Wednesday evening, after we dropped the Canadians off at their apartment, Maritza, Kristen, Deirdre and I picked up a bottle of wine from a local winemaker. He had two kinds – a sweet white and a port. We went for the port.

The next day, the inauguration was in the morning and in the afternoon we explored some local water holes called “pozos”. 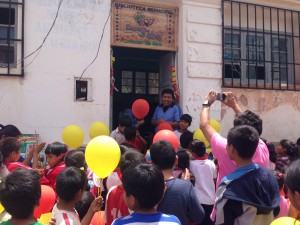 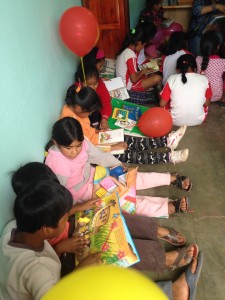 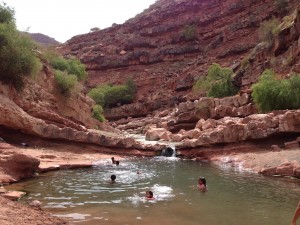 Around 5 pm, Maritza headed off to Camargo to catch up with family and friends and a bit later Deirdre, Kristen and I were picked up by a taxi headed to Tarija.

I was quite out of my comfort zone, knowing that we would be arriving in Tarija after dark without accommodation reservations but decided to put my trust in Kristen and Deirdre and go along with it. The taxi dumped us out at the side of the road and we managed to flag down a taxi that took us to the main plaza (after I dug out my Lonely Planet to check the name of said plaza). It took a few tries but we eventually found a cheap hotel with a room available. It wasn’t great but we decided it would do for one night.

In the morning, we set out to find breakfast, a new hotel and to book a wine tour (in that order). We were successful on all three counts.

The wine tour was supposed to be at 2 pm but one of the women in the office told us to come at 1:30 pm. We did but ended up hanging out on the street corner until 1:50 pm when our guide, Jorge, came by and introduced himself and then a driver showed up shortly after. We picked up a couple from La Paz at their hotel and then we were off. 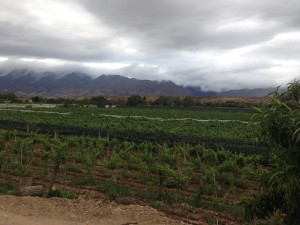 Our first stop was at the Campos de Solana winery. We had a pretty standard tour, starting off by seeing tanks and barrels. 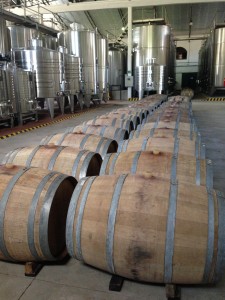 Then we headed for the tasting room. Here things were a bit different. After our tour guide showed us the various wines they have, we were told we needed to come to a consensus as we would only be trying one wine. We chose a rosé that was quite nice.

Our next stop was at Casa Real, a singani distillery. Singani is a spirit made from grapes and it is usually mixed with ginger ale. 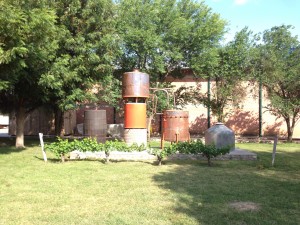 We weren’t allowed to take photos inside the distillery or the bottling plant. At the end, we each got a glass of singani mixed with ginger ale as well as a taste of one of the special ones straight.

Our third stop was again at a winery. This one is located in a house that is more than 400 years old (but with more recent additions) and it is appropriately called Casa Vieja. 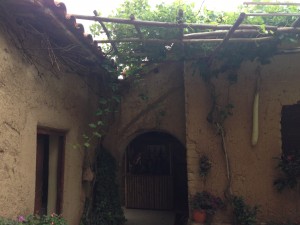 It was super busy there. Eventually we were herded into a tasting room with about 25 other people and told to make a circle. The man leading the tasting poured 12 or so glasses of wine and told us what each one was. He then started handing them to the person closest to him and the idea was to take a sip and pass it on. It was rather surreal but also sort of like communion. The whole time he was encouraging us to pass faster. The wines were all pretty sweet and I was rather relieved when we got to the last one.

Other Tarija highlights were the Museo Nacional Paleontológico Arqueológico, with more glyptodon fossils as well as other large prehistoric mammals, a shrunken mummified person and various rocks and minerals; a set of waterfalls with more pozos; tasting little freshwater crustaceans (I let Kristen and Deirdre do that) and a buffet lunch at the only vegetarian restaurant. 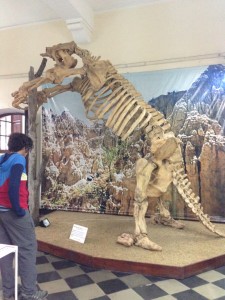 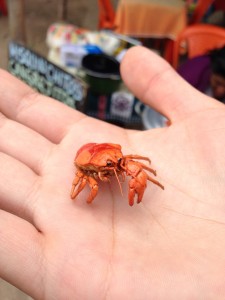 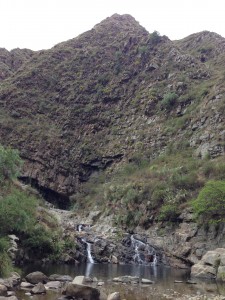 Last night we took a bus that left Tarija at 7:30 pm and arrived back in Sucre around 5 am. The big buses tend to be double decker but with only baggage (and the driver) on the lower level and people on the top. We had the front row (which freaked Kristen out as we speed down the highway in the dark) but I put a scarf over my eyes and tried to get as much sleep as possible. 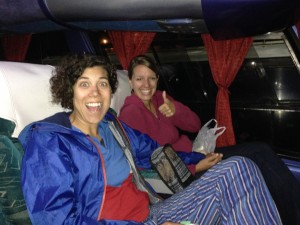 2 thoughts on “Wine Tasting in Bolivia”