This weekend is only about ½ way through and already it has been great.

Friday after work I went to a meeting of “ La Asamblea del Consejo Nacional del Voluntariado Conavol Capítulo-Chuquisaca” (the Assembly of the National Council of Volunteering – Chuquisaca Chapter) with Maritza, the director of BiblioWorks. 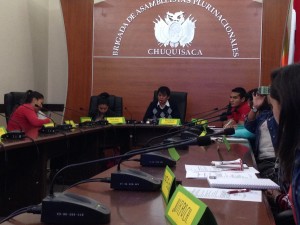 My Spanish is coming along but still isn’t perfect so I wasn’t able to understand all of the presentations and conversations but there were 20+ organizations with representatives at the meeting and one of the orders of business was to elect a vice-president. Maritza was nominated, people said amazing things about her and then she was elected with a strong majority of votes. I was impressed. (I was less impressed but not surprised that the meeting was scheduled to take place from 6:30 to 7:30 pm but because of so many late arrivals, it started at 7:30ish and finished at 8:40 pm.) Maritza and I went out to a restaurant off the plaza after and had yummy quiche and a chance to chat about things other than BiblioWorks which was lovely. We didn’t have dessert but I think I might be coming back to try them another time. 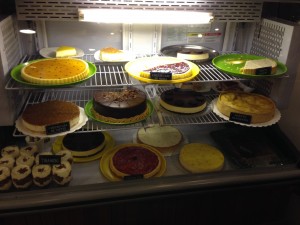 Saturday morning I went to drop some laundry off at the place across the street from my house and ended up having a long conversation (in Spanish) with young guy about education, books, the Internet and more. It is a family run business and he and his sister are both students but also work at the laundry. I get them to wash my stuff in a machine and then I hang it up at home. Then I headed to the market to get fruit and veggies. I went to “my” fruit lady, then “my” veggie lady (who always gives me an onion for free because I only ever want one small one) who gave me an enormous tomato (usually there are only Roma ones) that she said she had saved for me (which I don’t believe at all but it did make me feel special) as well as a free bunch of green onions (which I don’t like but passed on to my Malaysian friend, Chong), and then I went upstairs to “my” avocado lady who knew which variety I like best and how many. I also picked up some rice but it was the first time I bought it at the market instead of the grocery store so I don’t know yet if the woman will become “my” rice lady. (I have a spice lady too but I didn’t buy any spices today. Spices can be a bit tricky because I don’t know what most of them are called.) It is nice to be building relationships with the people I do business with on a regular basis.

Soon after I got home I logged on to Skype to see if I could connect with my friend, Carine in Switzerland to wish her a happy birthday. She was talking to her parents but said she would call me back. When she did, I spoke to Carine, Justin and Ella for a while and then other friends, Dan, Renée and their son, Sam, came over for dinner so I talked to them too. Justin used to teach in Bolivia (and Carine has visited) and Dan and Renée used to live in Lima so we talked about S. American things. Carine, Justin and Dan all teach at the school where I taught (Renée works for Interpeace and is used to being the only non-teacher in the group) so we also talked about school stuff. It was great to be a part of the conversation and catch up with them all. After an hour or so, the computer battery was dying and Carine had to go start supper but just before I said goodbye, other friends, Joel and Melissa and their daughter, Lua, showed up so I was able to get in a quick hello to them too. Joel and Melissa used to teach in Ecuador so they have a S. American connection too. Unfortunately another set of friends weren’t able to make it due to illness. As I have said before, I love the way technology allows me to stay connected to friends around the world!

I spent some time puttering around, picked up my laundry, went to the supermarket to buy peanut butter etc and when I came back, Chong and I went for a long walk. We walked away from the centre to an area neither of us had explored before and ended up overlooking some less developed parts of Sucre. 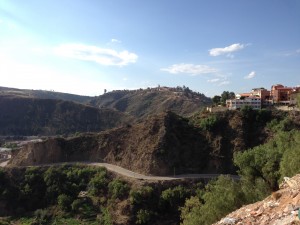 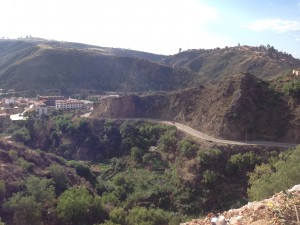 We then wound our way back to parts we are familiar with. We attempted to explore around the old train station but it turns out it is private property. The guards were nice about it and the dog the signs told us to beware of (in Spanish and English) was asleep. 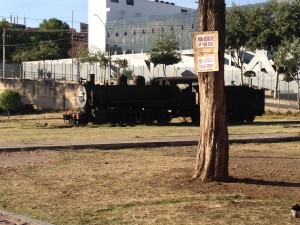 I bought a bag of popcorn on the way home. I think it is awesome that there are ladies selling bags of fresh popcorn all over the place.

After a shower, I ate my enormous tomato as part of my dinner and read for a bit. 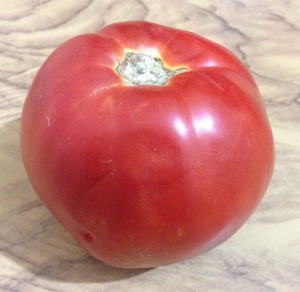 It is not unusual to hear marching bands playing in the evening but one going by sounded especially close so I went out to the street and discovered it was! 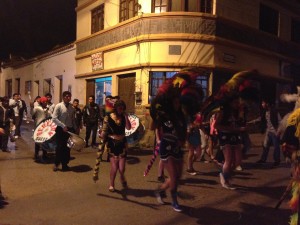 I don’t yet have any plans for tomorrow during the day but in evening, Chong and I are going to head up to the Mirador to see if we can see the lunar eclipse (if we can manage to stay awake late enough).