Parque Simon Bolívar, a long, skinny park that is not far from my house, was originally a private park for a princess. Now it is a popular spot for runners, couples and families. I wandered by last Sunday afternoon and marvelled at the variety of activities taking place.

In addition to running (and walking), there are many other ways to do laps of the park (but most are for children). 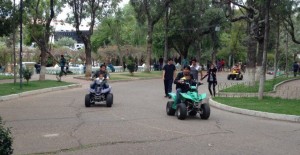 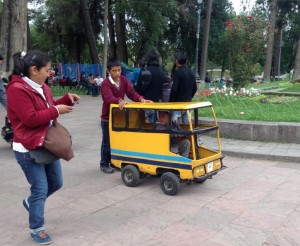 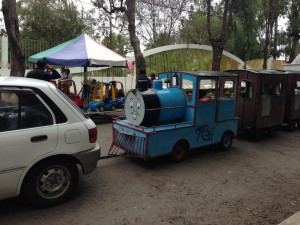 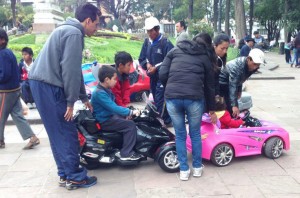 In the middle of the park is an Eiffel tower that was designed by Gustave Eiffel himself. It was shipped from France to Sucre in 1908 and was used as a weather tower for the first 16 years. It was moved to the park in 1925 and you can climb up the spiral staircase if you like. 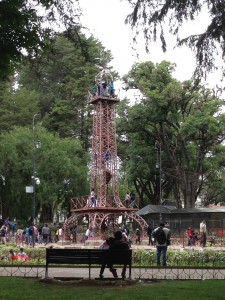 Around the tower runs a waterway and you can rent paddle boats or try out the “Splash O Balls”. 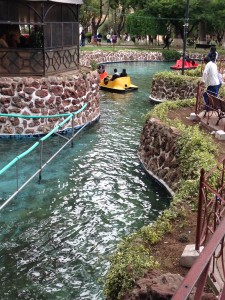 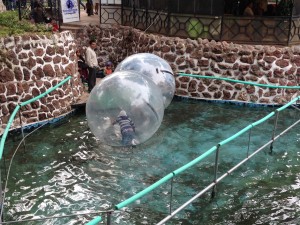 There are plenty of bouncy castles set up and a painting station (where you buy pre-printed outlines to paint). 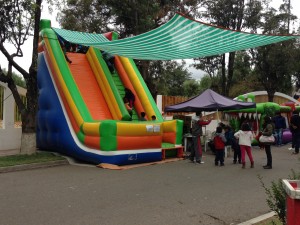 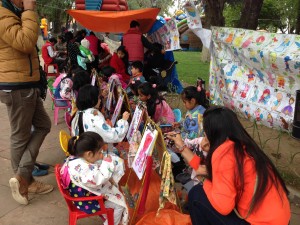 There are also plenty of items for sale (including food). 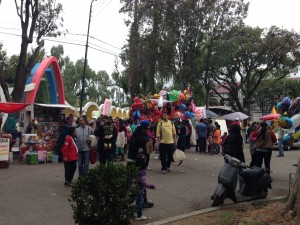 Gelatina is a favourite among Bolivians but I usually just go for a bag of popcorn. 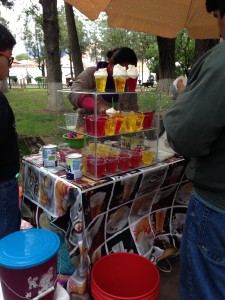 At the far end, there is a fountain and rose garden. Apparently the fountain is turned on and there is a light show at 7:30 pm on weekends but I haven’t yet been there for it. (And I didn’t take any photos at that end last Sunday.)

At opposite end there are two large arches and a couple of pillars. Here is one of the arches. 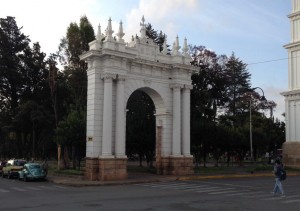 Along one side of the park there is a tennis club, a swimming pool and a large playground with a dinosaur theme. 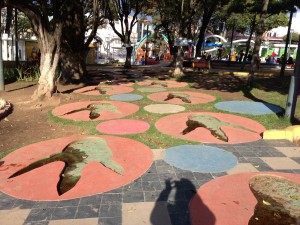 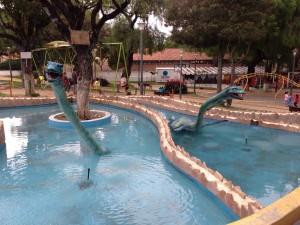 It is a busy place!